COVID-related disruptions in the global supply chain and freight transport are affecting us in the few products we do not make in the USA.  This product is among those few. Order yours now before we sell out!

The two-piece design of the T1 Wetsuits offers more comfort and less restriction. The top and bottom are not attached. This means you have much more freedom of movement and there is no “torso-rubber stretch” or shoulder fatigue that occurs with one-piece wetsuits. All T1 models are sold as separates for a customized and personal fit. With up to seven sizes of tops and bottoms, you have 49 possible size combinations from which to choose. Other features we innovated many years ago include lower necklines and thicker rubber in the legs and hips to help float the largest bones and muscles in the body. More floatation here means more speed. T1 Wetsuits are not filled with gimmicks, just physics.

Sizing: Please refer to the size chart button above for sizing guidance based on gender. If in doubt, email questions to contact@desotosport.com.

The Bibjohn is 5mm thick from the oval ankle openings up to the crotch and up the sides of the hips. From that seam up, the Bibjohn is 2mm thick. This includes the midsection around the stomach, low back, as well as the bib straps that extends up the spine in back and up the chest in front. It is designed this way so when you wear any of our T1 tops, the total rubber thickness remains less than 5mm thick. You have all the needed flexibility while still keeping your spine and vital organs warm. The total thickness also adheres to all rulings from all national and international governing organizations that limit the maximum wetsuit thickness to 5mm.

Whether you like to swim for exercise or are on the swim course of a Triathlon, T1 Wetsuits offer you speed, comfort and buoyancy that will make swimming pure pleasure! Thank you for submitting a review!

Your input is very much appreciated. Share it with your friends so they can enjoy it too!

FacebookTwitter
Be the first to review this item
Filter Reviews:
×
Clear filter
More Filters
A
08/16/2021
Anonymous

I purchased the bibjohn along with the pullover top and I could not be more happy with it. The 2 pieced suit is great and does everythign I wanted it to do and that is helping me with my speed, keeping my legs up in the water instead of dropping, helping me with my overall swimming times. 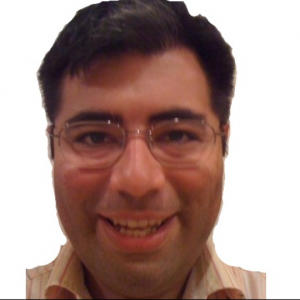 United States
I recommend this product

I love this product. The best wetsuit I’ve ever owned!

After trying several different wetsuit brands this bibjohn is the real deal.

Thanks for your service. The purchase went well. I'd buy items from De Soto again, and recommend your products and services to others. Thanks again.

United States
From SIPE and anxiety to ease and comfort

Oh my, what a huge difference for me! I have struggled with anxiety in OWS for ten years, many times needing to grab a kayak during a race and slow down my breathing. A couple of years ago my kayak support was an MD and said “you sound like you have SIPE” I had no idea what that was (sports induced Pulmonary Edema) but when it happened again another race with horrible time getting a breath in the water and coughing during the entire bike and run, foamy pink, coupled with lung pain for over three weeks post race, I thought, I need to do something. I called another doctor who had also suffered with SIPE a few years ago and was directed to some articles that led to DeSoto. I ordered it, and have never been happier! I have had 5 OWS including IM70.3 WI (where two men drowned) last week, and can honestly say it has changed everything!

The size chart above should serve as a general guide. If you would like assistance in determining the proper size, please send the following information to contact@desotosport.com.

WEIGHT - Accuracy helps us provide a more accurate size for you.
CHEST - Fullest part of breast, measured as the largest part of circumference right over the pectoral muscle.
WAIST -  Circumference measured at the belly-button line - this is NOT the same as your pants waist size.
HIPS - Circumference measured at the widest point, NOT at your hips where your belt may go. Typically this will measure just a few inches below your hip bones and around the largest part of the glutes.
If you do not have a tape measure and you need something to measure with, use a belt, or smart phone power cord, and a ruler.
Liquid error: Could not find asset snippets/size-chart.liquid ,"aggregateRating": { "@type": "AggregateRating", "ratingValue": 4.91, "reviewCount": 11 }